Just think about a world without wallets and credit cards! A world without door keys and access cards. Yes, we are talking about a technology that makes our life easier with just a single tap, NFC.

NFC is the new standard for transferring data in mobile devices. So you might think that it’s the future of wireless data transmission, offering much higher speeds at larger distances. However, NFC is not just another upgraded data transfer standard. Let us go a bit deeper into this upcoming technology and see what it is, how it works and how it could be the future.

Near Field Communication (NFC) is a wireless technology that allows products to transfer data in close proximity with the other object. It’s actually re-branding of an existing technology, RFID (Radio-frequency identification). RFID would allow devices to receive information from RFID objects from a distance of about 20 ft. This can be done without placing the scanner next to the object, which is something that is indispensable for QR codes and bar codes.

How does it work?

Without getting deep into technical talk, NFC operates in two modes

The NFC standard allows reader devices, such as a mobile phone to be placed close to an object. There will be a small amount of power generated by the signal that has been generated, due to induction, by the phone or the reader device that is being used. This power is used to transmit the data to the reader device. A number of different things are happening before the actual transfer of data – the transmission, the kind of supported applications and the application being used for this transmission. The user using the NFC application will be unaware of all these things.

NFC is not designed to be fast and it cannot be considered a replacement for Wi-Fi or Bluetooth. Also one should not expect NFC to be the one transferring data at over 300Mbps. It is generally slow as far as throughput is concerned. NFC cold work only in very close range and once you get out of this range, the connection breaks. However that is what makes it secure as well. NFC can initialize a transfer. For example, NFC can be used to complete the authentication process that is required to contact a data server and transfer this data over Wi-Fi or Bluetooth and it is exactly what makes NFC, so easy to use. A user could get close to a product, tap it and the device will switch on Wi-Fi or Bluetooth, then authenticate and receive the data required.

What are the main uses of NFC?

There are many potential uses of NFC, but some of the main uses are:

The applications are endless. For example, in Japan, student IDs are stored on cell phones, which allow the students to electronically register for classes, to open locked campus doors, buy food at the school cafeteria, borrow books, and even get discounts at local movie theaters, restaurants, and shops. Though it is true that here in India, things haven’t taken off, yet, it would not be long before Indians also start getting the benefits of NFC. In the U.S and in some other countries, NFC is being utilized in many places. Google Wallet, for example, allows users to walk into a store and make their payments using their phone. In that all you do is simply tap the phone on the reader and the necessary transactions will get completed. 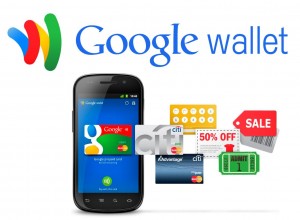 How do you get to use NFC?

RFID readers are readily available in the market; however mainstream devices with NFC are only available in smartphones. RIM, Nokia and Google are some of the companies that are pushing for NFC support. There are some new phones that are being released with NFC receivers built into them. The Nokia 700, 701, N9, Google’s Galaxy Nexus and Nexus S, Samsung’s Galaxy Note and RIM’s BlackBerry 9930, are some of the devices that have NFC capabilities built into them. All the phones named in the above sentence are fairly expensive, but you can expect NFC technology to be available in cheaper phones sooner rather than later. 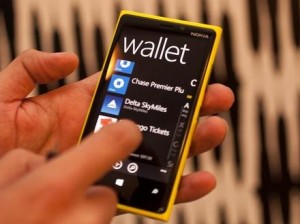 Unfortunately, here in India, there aren’t a lot to check out as far as NFC is concerned. As of now awareness about NFC isn’t present, but hopefully with companies like Nokia tying up with companies to implement NFC in their stores and payment transaction methods, its use might catch up pretty soon. However, it’s going to be sometime before NFC gets popular enough to be able for you to walk into the shop next door and pay using your phone.