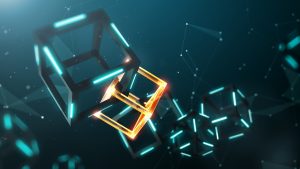 Many people look at Blockchain as nothing more than a digital ledger system and some people even see it as synonymous with Bitcoin. But Blockchain technology is making a structural revolutionary and widespread innovation in many industries including driverless vehicles. Self-driving technology has been evolved in many places with the adoption of latest technology in AI and Machine Learning. The self-driving technology involves highly sensitive cameras and sensors equipped with the latest technology in AI and Machine Learning, since accidents have been reported for driverless cars due to less data and technical error. The technology behind driverless cars largely depends on big data which must be collected, analyzed and utilized in a split second and with high precision. But research says that Blockchain technology can protect your driverless cars. Because Blockchain, on the other hand, is more about ensuring data transparency and accuracy while protecting it from manipulation. Blockchain introduces the concept of a transparent and decentralized ledger where data can be verified and stored securely. This technology could help the driverless cars to verify the accuracy of the data and technical errors would be minimal.

The most important feature of Blockchain is that it provides unsurpassed security. It prevents illegal business practices. For example in real estate, with Blockchain ‘smart contract’, the authority can’t delete or hide any documents, making the owner protected from malpractices. Blockchain is a great tool to use to store vast amounts of important documentation in industries such as healthcare, logistics, copyright and many more. It is also beneficial for digital advertising by reducing the number of bad players in the supply chain and by bringing transparency to the supply chain.